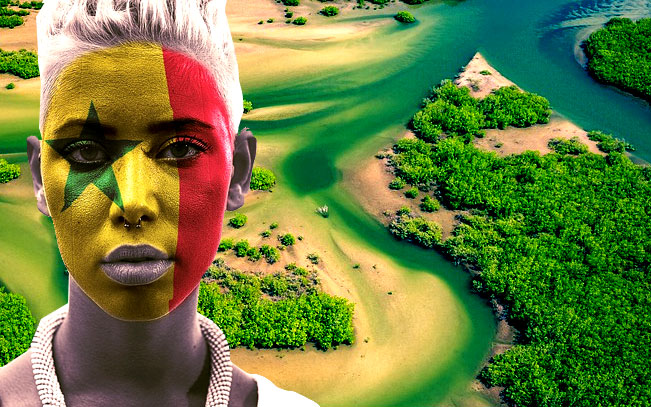 Often overlooked as a destination for tourism, Senegal yields many hidden gems and is frequently touted as a safe country for visitors. As with anywhere tourists should be wary of pickpocketing in very crowded areas such as marketplaces. However, the country is certainly not known for having a high rate of criminal incidents. Reported incidents involving tourists are very uncommon.  The main languages spoken are Wolof and French, there is not much English spoken. It is not mandatory to have a yellow fever vaccine to enter the country, but it is recommended. So too are malaria tablets and strong mosquito repellent. Make sure you take a strong sunscreen and drink plenty of bottled water too.

Senegal has many beautiful beaches with famous surf breaks. The Endless Summer surfing movie was filmed on location in Senegal. Sites such as Cap Skirring offer a place to relax and unwind. If you are relaxing on the beaches over the weekends you might have some wooly company with you! On Sundays in Dakar shepherds bring their sheep to the beaches to have a wash in a time honored cleansing ritual before heading back to their pastures to graze.

The lion is the national symbol of Senegal (and also the nickname of the country’s football team) and sadly it is in dire threat. Unfortunately, due to poaching and loss of habitat, there are fewer than 50 lions left in Niokolo Koba national reserve. This is a shockingly small number especially when you consider the park is 3,513 square miles big (comparatively size wise that’s ten bigger than the city of New York). Several conservation charities try to raise awareness to help protect the national animal from total eradication.

The park’s other animals have suffered too with only a dozen chimpanzees and around 100 African wild dogs left. Around 130 wardens work to protect the animal residents from poachers but it is a huge area to patrol for such a small team.  The park sits atop of some gold veins too which tempts illegal miners to the park to try to blast their way into the rock. Animals stay well away from the frequent blasts. Another danger to the reserve’s animals is the main road that runs through the centre. Frequently antelope, dogs, and lions are hit by trucks.

Fathala Wildlife Reserve is another popular destination for tourists. Elephants, hippos, giraffe, buffalo, gazelles, warthogs and eland are commonly spotted in the park.

Bird watchers will find a huge variety of species soaring off the shores of Senegal. Kingfishers, herons, pelicans, puffins, petrels, cormorants and swifts. Plus flamingoes, quail, bustards, hoopes, hornbills, bee-eaters and woodpeckers. There are over a million birds in Djoudj National Bird Sanctuary.

Bassari Country is an incredible landscape, continually populated by tribes between the 11th and 19th centuries. The area is marked by archaeological sites reflecting spiritual and social practices, land cultivation and thatched roofed villages. The culture intertwines the natural world and the environment with human inhabitance.

The Stone Circles of Senegambia are particularly interesting.  The site is spread over an area of 30,000km squared. There are over 1,000 stone circles erected over 1,500 years of human history.  Archaeologists have unearthed grave goods, pottery, and burial remains in close proximity to these stone circles.

Dakar is famous for lively markets. Market goers can buy literally everything from here! Fruits and vegetables, fabrics, spices, meats, fish plus electronics, fake designer gear, antiques, jewelry you name it, you can find it from one of the major district markets.

Marche des HLM in Dakar and Les Ateliers Tesss in Saint Louis are famous for beautiful African fabrics. Marche Kermel is your destination for food and souvenirs. Shop ethically when making your purchases. Buy local crafts rather than mass produced and pay a fair price for items.  If you are buying artisanal products you are more than likely paying the maker directly for their work and craftmanship.  Try to avoid tourist traps and paying over the odds for poorly crafted items that take money away from real artists.